Back To PB Cabin

We headed back up to PB Cabin this morning because Jean had missed the last trip there. It was cold up in the mountains, patchy snow and ice along the road in places only added to the scenery. Deer were everywhere, a buck bounced across the road right in front of us and several others put in their appearance as well. It's deer season here now, so maybe that's why they were on the move. We passed several hunters along the way. I don't know if the deer understood me as I warned them to be careful.
Cherry Creek Road was rutted and quite muddy in places, evidence of heavy rains showed as we saw several new washed out places along the trail that weren't there on our last trip. It was still early when we got there, and I suspect once the iced road thawed out even more, it would be muddier and perhaps impassable.
We took the metal detector with us this time, let's see, one large nail, one piece of wire, one 1997 penny and a well-worn horseshoe. Hmmm I don't think we can supplement our retirement with our found treasures.

For more information on PB Cabin, scroll down to the December 13, 2008 post.


Ordinarily, we'd never consider defacing something like this. However, there's a note inside the cabin from the cabin's owner, inviting people to make their mark. So we added ours' to the ones already there. 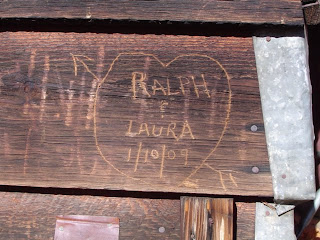 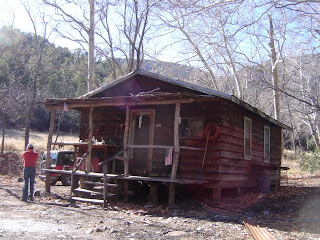 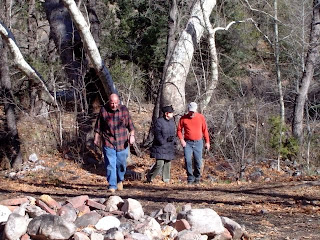 Another view of PB Cabin 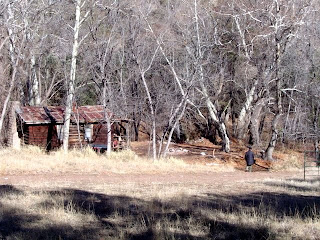 I don't think we'll get rich on these findings 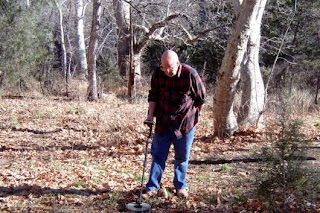