We've had several days of rain here with snow in the higher elevations. The temperature this morning was down to 30º with heavy frost. Finally Winter has arrived. Spring is just around the corner and the wildflowers should be especially spectacular after the rainfall we've had so far this Winter. I know some of you from "back East" have had enough snow to last you a long time, but we're in the desert and for us, snowfall in any amount is a real treat. The trails are too muddy for any Jeeping right now, but Roosevelt Lake is at 100% capacity, the first time ever since it was built back in the early 1900's and that's a very good thing. It looks like there won't be any water shortages this year.
Here are a few shots taken this morning from different vantage points around the lake.


Snow in the Superstitions 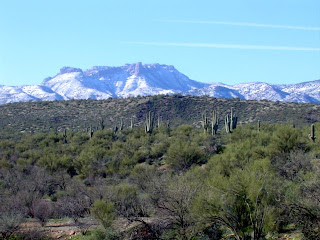 Roosevelt Lake with snow in the Salome Wilderness 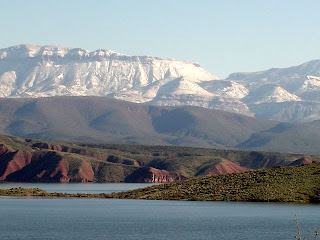 Roosevelt Lake with snow in the Sierra Anchas 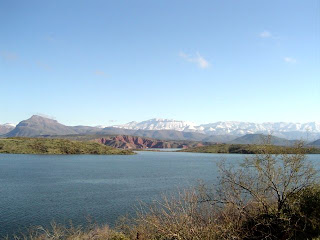 Roosevelt Lake with snow in the Mazatzal Wilderness 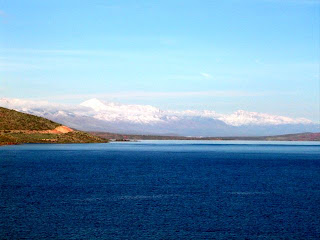