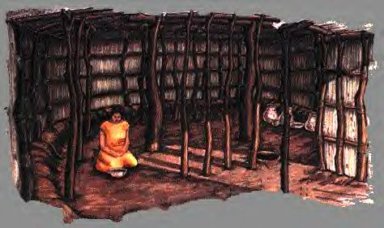 We're pretty excited! We spoke with Mike Sullivan, archeologist with the Heritage Department of the Tonto National Forest, he's the one who actually removed the bones we found from the site last Saturday evening. He said there was more than one skeleton, two, possibly more. They are Hohokam Indians and the bones are in remarkably good condition since they'd date back probably 600 to 700 years. He's not sure if there will be further examination of the bones because, as is customary, they will be turned over to the Salt River Community of Pima-Maricopa Indians for ceremonial reburial. The Pima's are the nearest descendents of the Hohokams so they would have reburial rights. He said no artifacts were found, but that further excavation of the site will be done once the red tape involved has been cut and he'll keep us posted on anything else that might turn up. He also thanked us for turning in the find, he said that all too often, finds like this one wind up on someone's coffee table as a conversation piece.

Of course, this explains the small size of the skeleton, prehistoric Indians were quite small in stature.

Here's a couple of links with some pretty good reading about the Hohokams.

(click your "back" button to return to this journal)

THE HOHOKAM OF THE SOUTHWEST