No Turkey, Just Murder and Asbestos

We left our turkey snug and comfy, sitting in the freezer where it belongs and headed to the ghost town of Mule Hoof Bend with Larry and Jean and both pooches yesterday morning. We've read about it and had been told that it was worth seeing, so we finally decided to go. I have to admit, I was dragging my feet for a year or so on making the trip, I knew the elevations were well over 5000 feet and the views were spectacular. Whenever I hear someone say "Oh, the views are awesome" it gets me nervous because along with those views comes my fear of height issue. Well, this time was worth swallowing my fear because it turned out to be one of the most beautiful places we've been thus far. (Thank you Andy B for the history information, preview pictures and report on the road conditions!)
Mule Hoof Bend a former asbestos mining town is located high above the Salt River Canyon. It's got a rather sordid history because the owner of the mine, Guy Phillips was murdered there. His wife, Ruby Mae was charged with the crime but a jury failed to convict her, much to the chagrin of the sheriff at the time who thought he had a solid case against her. Guy Phillips had made a lot of enemies and when people were asked who they thought had committed the murder, they'd reply, "just open the phone book and stick a pin in any name".... I guess he wasn't a very nice guy. If Ruby did indeed commit the crime, people probably understood her reasons behind it, particularly the jury.
There are quite a few remains of the town including the house where the murder took place and even a small jail located in the basement of one of the buildings. Ordinarily, I believe the forest service would have "reclaimed" the entire town by bulldozing the remains, but in the case of Mule Hoof Bend, the whole place is built out of asbestos, even the stucco walls are asbestos, thus requiring a hazardous waste removal, a very costly proposition. Fortunately for us, there is a lot left to see, including the extensive honeycomb of mines located on a mountaintop above Mule Hoof Bend.
After seeing Mule Hoof Bend we drove further down the road toward Regal Mine, we didn't find the mine itself but we did find more and more ruins of abandoned cabins, houses and cars dotting the landscape.
The weather was as perfect as it could be, we couldn't have custom ordered a better day. We'll return to the area in the near future, there was just too much to see in one day, in the meanwhile, our turkey can wait, we enjoyed our grilled steak dinners and the company of a day spent with good friends a whole lot more.
Yep, we do have a lot to be thankful for.... 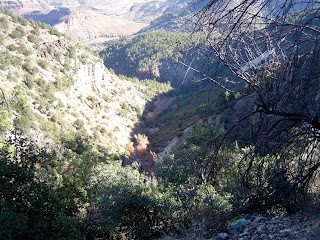 One of the mine tunnels 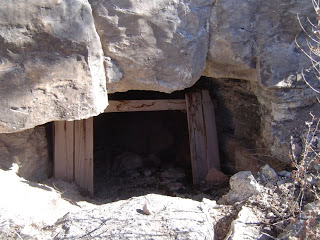 Inside one of the tunnels, they honeycomb the entire
mountain 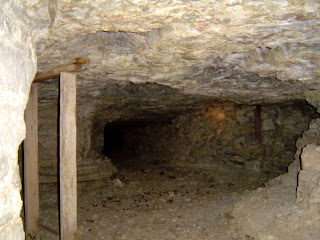 Another rustic shack further down the road 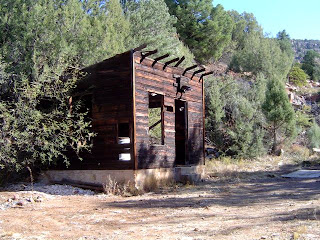 Umm could you check my oil? I seem to have a "miss" 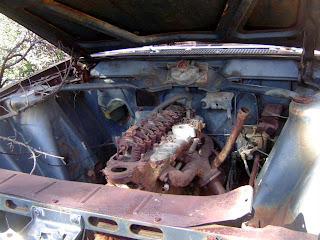 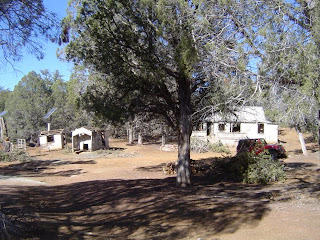 This small jail is located in the basement of one
of the buildings. 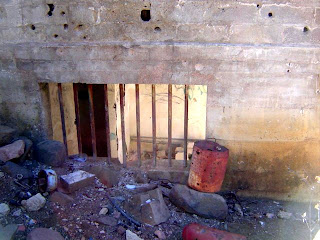 Buddy and Growlph ignoring each other 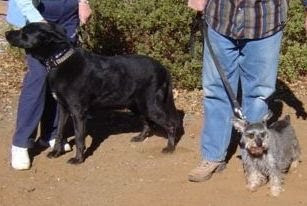 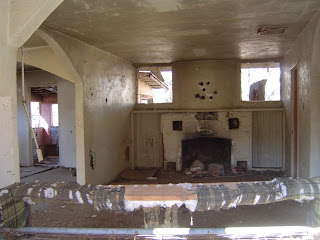 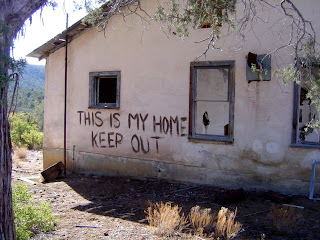 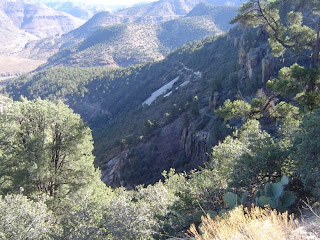 Wow, that's a longgg way down! 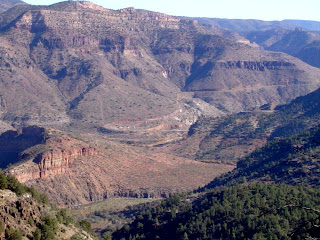 The detective novels of the day covered the story 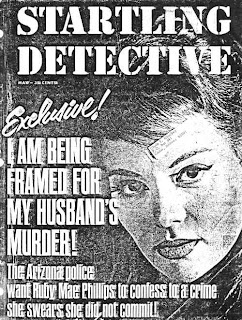 Ruby Mae and Guy are both dead and if someone else was involved, 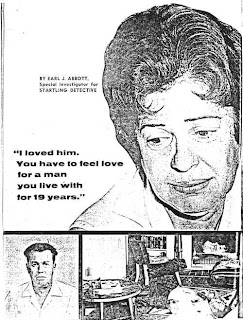